I purchased a new Tablo Quad and I”m surprised to see in the options that you have to pick a fixed resolutions for everything and that there’s no option to let Tablo match the native resolution of the channel/show and view/record in 480, 720, 1080, or 720@60fps automatically. Ideally I would have Tablo just match what is being aired so that I’m not wasting space recording 480i shows in 1080, and if a sporting event airs in 720@60fps it would automatically change to 720@60fps instead of 1080.

While it might not be clear from the dropdowns, that’s exactly how Tablo works.

The settings reflect the MAXIMUM potential live TV/recording quality but Tablo won’t for example upscale SD programs to 1080i. 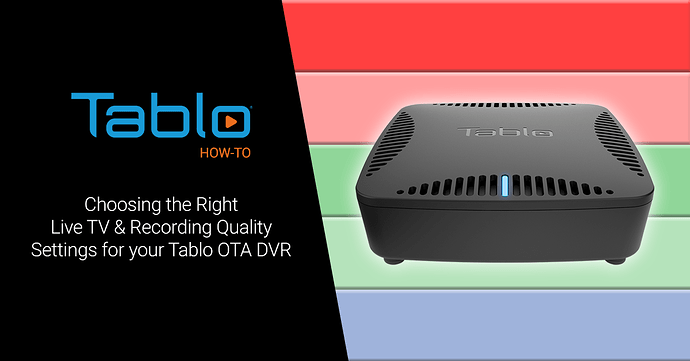 Find out which Live TV and Recording Quality settings are right for your Tablo OTA DVR.