It appears that you can’t do it in the app. But the web app in the browser will still work for quite a while, so just use that.

Great tip - I used the pop-outs to shows the video from both tabs in Firefox!
But could use some improvements… 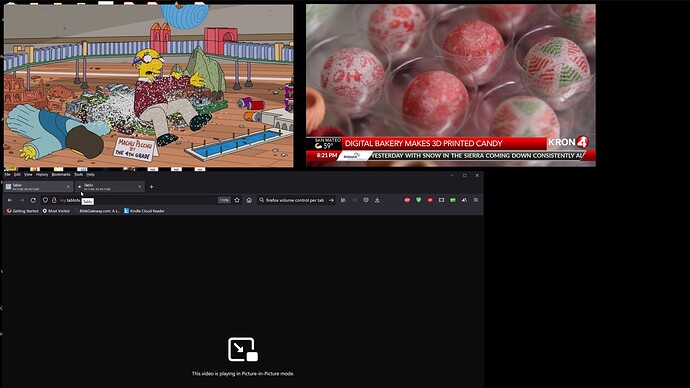 I tried multiple Chrome, Firefox, and Edge tabs at the same time running the Tablo app, and closed captioning worked on all them. I was able to toggle them on and off just fine.

Did you try the CCs in a pop-out window like in my this pic? 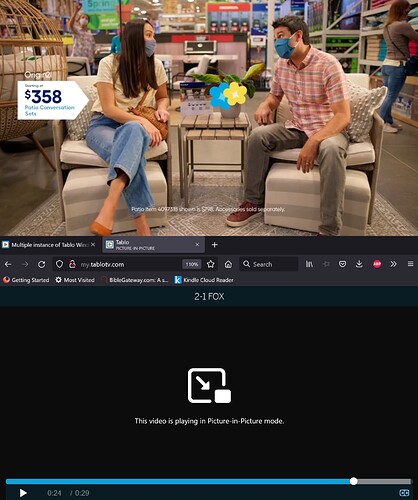 CCs worked fine when the video was playing in a tab. 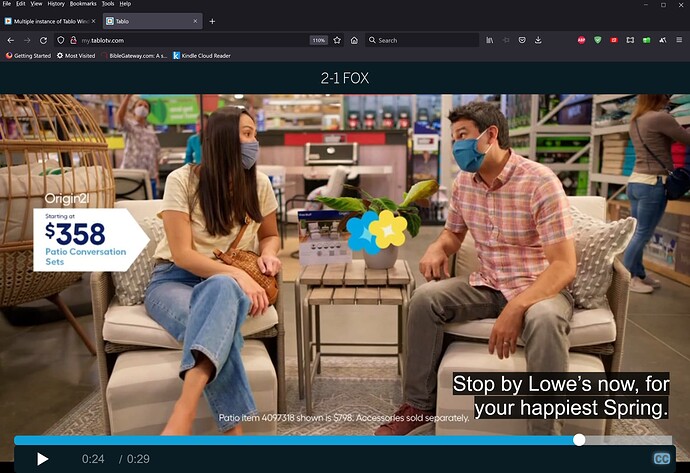 I was using just tabs.

that popout (picture in picture) is just a media only (non Tablo) thing from a browser. AFAIK.

Just tried this out with a youtube video and CCs were not shown.

Sounds like too many disconnected pieces that don’t work in harmony with one another.

Perhaps Tablo can take this on as a new feature request and make it work on all devices?

Any votes on that?

I have my “app” on my PC bring up Chome in app mode to tablo (gets rid of browser fluff). And then you can just bring up multiple tablo’s playing if you want multiple tinier windows watching tablo content.