Is there a Tablo ESD issue?

I have a 4 tuner Tablo, and as most of you know, it does get fairly warm to the touch. Periodically, I’ll touch the front, bottom edge with my fingertips to feel how hot is is, and the last couple of times I’ve done that. I noticed some strange behavior.

The first time, the Tablo locked up. The reset button was non responsive, and I had to power cycle it to recover.

Last night, when I touched the front, bottom edge, Tablo initiated a reset. I had two shows being recorded at that time, each about 15 minutes in. The good news is that the first segment of each show recorded, then stopped for the duration of the reset, and then the rest of the shows finished recording, showing up as separate episodes.

If there is a known ESD issue, I’ll simply refrain from touching Tablo in the future, especially while shows are being recorded.

None known but people have turned theTablo on its side for better ventilation / cooling. Some have even bought USB fans to cool their Tablo - there is an extra port.

Actually, my Tablo was on the side at the time, and has been for a while now. An external cooling device might not be a bad idea.

I think @roraniel bought one from Amazon for cheap that he can link you to.

@Ikanhan This is still going strong. Not one issue since I installed it. 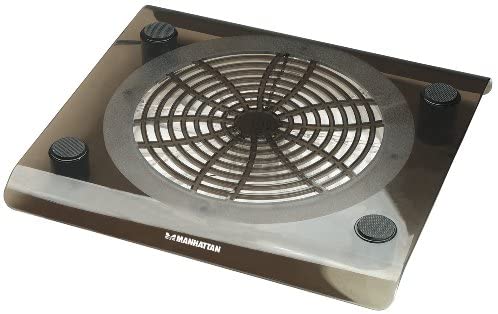 I doubt that simply touching the external case of the Tablo could/would cause an ESD issue. All electronic devices (chips, transistors, caps, etc.) that have been manufactured in the last 20 years or so have ESD protection built in. This isn’t foolproof and problems still exist, but it isn’t the 80’s when you looked at a MOSFET sideways and it fried on you.

The ESD protection you’re referring to protects individual components from damage… ICs, MOSFETs, etc. have it built in, but that doesn’t generally impact circuit disruptions due to ESD. The only way to know if the product is susceptible to ESD is to hit it with an ESD gun during qualification testing. You may or may not see the issue in the field, as it’s heavily dependent on environmental factors, such as humidity levels and floor materials such as certain types of carpeting.

I picked up a USB fan tonight while I was out, which should aid in cooling the Tablo. In the meantime, I’ll avoid touching the Tablo along the bottom front edge, and see if I experience additional issues.

Yes, @lkahhan, you are correct. But I didn’t want to get into that much detail in my response. My point still stands that it is unlikely that handling the external case of the Tablo would cause an ESD issue despite environmental conditions. I would expect that combing the shag carpet while handling the family cat wouldn’t make much difference ESD-wise. I don’t recommend testing of course.

I bought 2, (Thanks @roraniel !) they are quiet and work great. They are even cheaper now, than when I bought them last month.