Is my Tablo a goner?

The light is out on my Tablo Quad 1 TB. I had received a message “no Tablo Found”. I took it to another outlet just to make sure. No light. I had coincidentally developed some network problems. I had moved the desk my router was on and had to unplug it. Now I can not get my TV to recognize my Mesh Network. So I had hoped the issue with my Tablo was a network issue.

But the fact that I can’t get a light on my Tablo I think is telling me the worst news.

And the real important question is, everything I have stored on it gone forever? Lots of stuff on it I don’t want to lose.

Do I just order another one?

Should get flashing LED lights when first plugged in. If not could be a bad tablo power supply or wall socket.

I don’tthink it is bad wall socket. As I said in my op, "I took it to another outlet just to make sure." I wonder how to test power supply.

Get a replacement power adapter for the Tablo, you can order one directly from the Tablo website. If you search the forums, you’ll see others have had the power adapter die.

And the real important question is, everything I have stored on it gone forever? Lots of stuff on it I don’t want to lose.

Kind of, buy not necessarily, if the drive is “intact”. Although you didn’t get to shut it down. There is a method to move your drive to a new tablo, if you conclude this path:

If you replace your Tablo DVR the process below will allow you to migrate your existing recordings stored on an external disk (devices using built in storage or Cloud storage are not supported) and...

There are also topics and post about recovering/exporting recordings from the drive. It’s a PITA without the tablo, but if it’s important enough it can be done.

Occasionally there’s a great misunfortunate when a tablo dies… yet users can still access their drive and just know there are shows on there they’d like to salvage. --then there are those who think they know what they’re doing venture in to trouble shooting and loose the internal DB while the drive is still intact with no way way to salvage their recordings. Now I’m sure there are users and/or developers here who could do a better job understanding (researching) and explaining this and perhap…

is just one example.

This revives the discussion using a DVR as a media library. Do you store all you digital content on a semi-proprietary device? (it’s not completely proprietary as they allow 3rd party apps to export recordings into a “universal” format playable across platforms and wide variety of players and allows for backup) 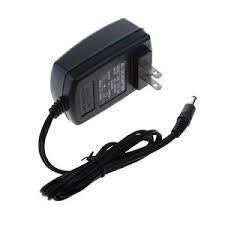