I was trying to setup my nieces New Tablo last night and the hard drive will not stay connected. If I look at the SETTINGS page, it is connected for about 30 seconds and then “No hard drive drive”. It toggles between finding the hard drive and not every few minutes.

The whole setup is brand new, Hard drive is a 1TB Seagate BUP Slim, software is 2.2.12. I am not using the USB that came with the hard drive because I used it for my other sisters hard drive, I had to use one I bought online.

I have tried attaching the HD to my PC and deleting the volume, then recreating the volume as NTFS. Then when I connect it back to the Tablo it asks me to FORMAT it, which I do, and then it seems to be ok for less than 2 minutes and will then disconnect.

Can I test the hard drive and cable by removing my hard drive from my Tablo and plugging it in to mine without messing up my recordings and scheduling? I want to swap out the cable, hard drive and different unit to try and see what the cause is

Anyone else have this issue at all of know of anything I can try to do it fix it. Thanks

I wouldn’t plug in your current HDD (#1) on Tablo #1 into Tablo #2, the new Tablo may format it thinking it’s an old drive.

Another suggestion, plug the drive into a computer and see if you can update the firmware.

Run SeaTools to make sure the drive is good. As well, the Seagate Dashboard program may allow you to turn off the sleep settings on the drive (this used to cause problems with WD drives where they would go to sleep after inactivity).

See link below for the programs for Windows.

I thought about that, and that is a good idea but my problem is the tablos are about 50 minutes away from each other and I didn’t have access to the original cable. I brought the New HDD home with me so I was just trying to see if I could eliminate the cable or the new HDD using my equipment that I know is working. And like you said, without ruining it formatting my stuff. I wouldn’t connect my HDD to her Tablo at all, just the new HDD to mine to see if that is the issue or the cable is maybe?

I may also just buy another HDD and use that and see if that fixes it too. That is probably the easiest, but I have to make the 50 minute trip again so I want as much “ammo” as possible when I go.

If it’s within the 30 day return period, you could buy another Tablo as well. So you have tons of options.

Think Best Buy is the only brick and mortar store that sells Tablos.

Well, I think I just figured out it was the new new cable. I just connected my currently working hard drive using the new cable and it says No hard drive. The HDD light pulses and so does the Tablo light. I swapped my old cable back and my old HDD and everything looks good again. So looks like all cables are not created equal.

This is the cable I bought so I would stay away from it if you ever need to get one of these yourself . 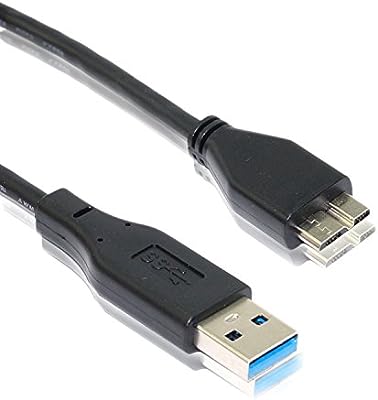 Maybe it doesn’t work because Tablo is USB 2.0, the description says it should have though. Oh well. Thanks for the repsonses @theuser86

All cables are certainly not created equal, namely when it comes to power distribution. The same happens with cell phones, most phones support a 2 amp charging speed but a crappy cable can bring those speeds down to .5amp usb 1.0 power modes. I found this out simular to how you did, wanted to use a longer cable then the short ones that came with a 2.0 USB HD and none of them worked, the drive could never initialize. None of them could carry enough power. First and last time I bought random cheap ebay cables.

What you do is you look for a cable built 24/28 gauge. What that means is the power lines are 24 gauge and the data are 28 guage. for instance, https://www.amazon.com/Monoprice-3-Feet-Micro-24AWG-Ferrite/dp/B004C4WEVI

That is the best possible usb cable you can get.

@crm1975 - All cables are indeed not created equal. At one point in 2015 Seagate changed the supplier on their cables and it impacted the reliability significantly.

And as per @JeffD it’s not just hard drives. My Kobo e-reader uses a regular mini USB connection for charging and syncing with the library on my computer. Only 1 of the 4 mini USB cables I have hanging around the house give it enough juice for a steady connection.

I am going to see if my sisters Western Digital HDD will work with this new cable I bought so then I can take the original cable and put it back with the Seagate HDD on my nieces Tablo.

@JeffD - the cable I linked to above has the 28/24 specs you suggested and it still didn’t work. I ordered this cable now to test out since it specifically says it is made for the Seagate HDD’s 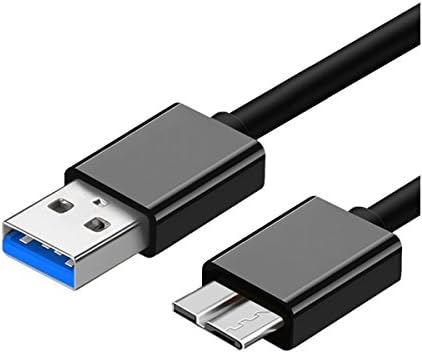 Micro USB 3.0 Cable A to Micro B for Expansion Series Portable External Hard Drives. These cables are compatible with most USB 3.0 external portable and desktop hard drives. USB 3.0 cables offer a thr ...

I will update this post once I know if this cable works in case anyone else is looking.

Interesting… well stick to monoprice made cables… they are good stuff. Infact they have their own site.