I have been using 1TB WD HD with tablo. Since this morning i see this error on setting screen “Hard drive temporarily unavailable.”. On the main tablo page it Harddisk Error.

I tried to restart the device, but did not help.

Any guidance or help to debug the issue ??? I did raise support ticket.

Sorry its Toshiba HD and not WD HD.

Play with the USB cord where it connects to the Tablo.

I had tried that but did not work. I thought that issue was HDD getting corrupt or something, i thought if i reformat the HDD will solve the issue.

@TabloTV @TabloSupport it would be nice to have option to reformat HDD from tablo itself, when tablo is not able to autocorrect the HDD issue. Also would be nice to provide some details about the cause of the issue. So uer don’t have to guess.

Tablo use ext3 format (unix\linux), i am windows user. So when i connected HDD to my machine, it was detected but i was able to view it in windows explorer. So i used EaseUS to get access to it and reformat it to NTFS. After that connect it back to Tablo, it detected that its not in right format and reformated and it works now.

So bottom line reformatting the HDD resolved the issue. But i lost all my saved episodes (many of which i had not viewed). I spend 3 hours on this. I was very frustrated.

Instead of reformatting, i would have tried to scan for disk errors and correct them with EaseUS. I tried that but estimate time to scan 1 TB (if needed to fix it) was like 10 hours or so.

My next episode is schedule to record on monday, so will find if that works after this.

@TabloTV @TabloSupport, when i ran into this issue and touched the Tablo and HDD, they both were hot, is that normal?? Does tablo and HDD go into sleep mode when not being access or recording ??

@shirkant - It is normal for Tablo to be warm. If you had touched base with us we may have been able to assist you with getting your drive back online.

If your Tablo is too warm, elevate it. I use a 1x1 inch wood on each end. That 1/16 inch rubber feet are too low for Tablo to breath.

It nice to hear and read the blog that heating is not issue.

@TabloTV, you mentioned “If you had touched base with us we may have been able to assist you with getting your drive back online.” Is there a trick or step i can follow next time on my own or is this some that be only done by TabloSupport??

I did raise support ticket. This happened over weekend so i was eager to get it resolved before start of week.

Buy one of these 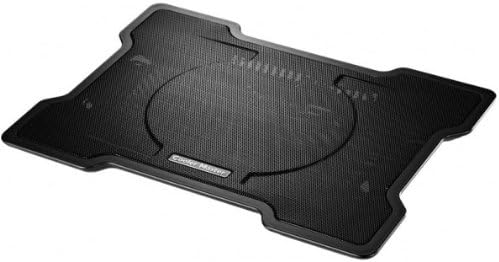 and sit your Tablo on it if you are concerned about heat.

@shirkant - The support gurus do have a few scripts they can use to help with hard drive issues. Not sure if this particular issue would have been a candidate for that kind of band-aid but it would have been worth a try.