@ChrisFix, I have opened and replace drives in both the Tivo's I have, both were single drives. So what Tivo are you speaking of?

Any Tivo you add an external drive (DVR Expander):

@ChrisFix I am pretty sure that is just used as extra storage, not the way Tablo was talking about using splitting across the two.

@ChrisFix I am pretty sure that is just used as extra storage, not the way Tablo was talking about using splitting across the two.

Not sure.  From Tivo:

Because each recording is distributed equally between the DVR’s internal drive and the DVR Expander, you cannot gain additional storage by using more than one DVR Expander. You should only remove the DVR Expander if you wish to stop using it.

@ChrisFix, yikes I did not know that, but again that would be an issue if you have one drive go out you lose all your recordings then… That is bad

Yes, that is my recolection of how it worked.  My old (and I mean 10 or so years ago) Time Warner Cable DVR worked exactly this way as well.  It had an eSATA port that accepted pretty much any drive, but once paired, removing it reformatted the internal drive and all recordings to date were gone.

@ChrisFix no not at all, but like I said I would never add a drive because I delete after watching.

Yes plug it into your computer and then go to Disk Management, accessible from the Control Panel.

You should be able to delete the partition and create a new one that a PC can see.

Same problem same Seagate, same that I can’t return it. But now it’s December. Very annoying to still see this problem! What am I supposed to do

Well, for one thing I wouldn’t cross post everywhere (maybe you just did it once). Anyway, since you did it, make sure update this thread as well. Thanks.

Yes I posted twice, because my device was not doing what it was supposed to do and what everyone said it should immediately intervene to do, which is ask to format my drive. Thankfully it does seem to have needed an hour to decide to do this, as it suddenly decided to format my drive after an hour of no intervention on my part.

@jestep - re: your fear of using more than one drive: Having >1 drive is usually better in terms of performance OR data protection. Typically this is done using “RAID” (Random Array of Individual Disks - here’s a wikipedia link: https://en.wikipedia.org/wiki/Standard_RAID_levels - or do an internet search.) You’ll find that there are only 2 options if you only have 2 drive sets - RAID-0 or RAID-1. Depending on how Tablo implements the drive array, having >1 drive can either allow for MUCH faster writing (RAID-0 - striping) which can significantly improve ability to view and/or record >1 show at the same time OR can provide data redundancy (protecting you against failure of one of the two drives - e.g. RAID 1 - mirroring). Loss of your drive when you have only a single drive will ALWAYS cause you to lose data, so it’s usually better to have two for one of the reasons already noted. All said and done, I wouldn’t be afraid of >1 drive - I’d typically be in favor of it. However you end up going, be sure to buy a quality drive (or drives) from a reputable vendor, with the highest read and write speeds that you can afford. (Usually a higher SPINDLE speed is indicative of faster read/write for rotating media. You’ll have to do your homework if you choose SSD - they have their own bottlenecks and some are much faster than others). Hope this helps.

LOL, I have been in IT for 20+ years. I know all of this.But thanks

Nothing like resurrecting a thread and replying to ancient posts!

@bstax, with said, there is yet another “way” and that is via concatenation. Where two block devices are merely spanned and treated as a logical single drive (no raid, no “raid0”). 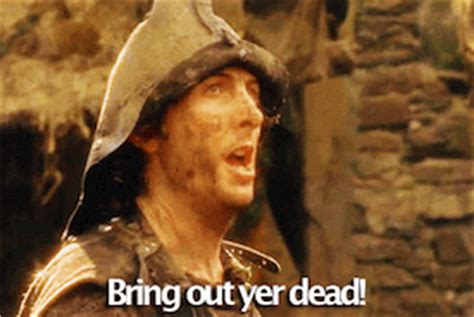