Get new HDD or new Tablo?

Earlier this week we experienced a nearby lightning strike. Other than past near or direct strikes, we had remarkably little damage. (leaving aside a dead air-conditioning unit for which parts are not available until January 2022

I have the old, original 4-tuner Tablo with an external HDD. Last night it failed to record some shows, most notably, it failed several times at recording the same show. as a reason, it lists “No storage”.

However, it does show a lot of older shows: 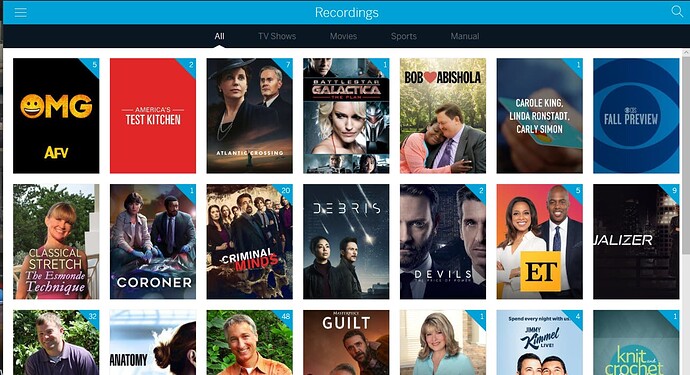 But, it won’t play any of them either, again saying “no storage”

From the Amazon Fire App it offered to format storage, but from the Windows 10 app it just says “no storage”. I’m left with assuming the HDD is dead, but then, where does it get the channel information and recording schedules from? These survived my a power cycle.

Would it be safe to assume that the Tablo itself survived whatever incident knocked the HDD out?

Would the Tablo retain the channel info, guide data and scheduled recording data over a HDD replacement? I’d think not, but it might be real nice if it did.

Now the real crux, and yea, not enough data, I know., but would the assembled crowd here recommend replacing the HDD alone or getting a new quad with the 1TB built-in storage? Currently we were sporting a 4TB external drive, and there were plenty of recorded shows we didn’t watch, ever.

I’m also thinking I should get off my lazy butt and implement the software to copy the recordings to Plex (Would not have lost things if I had done so, but at the same time, who woud have taken care of deleting stuff before my NAS filled up?)

Anyway, I’m off to try and find the list of recommended HDDs for the old Tablo, to see if any of them can still be ordered and at what price. I do recall there were rather particular requirements and that some external HDDs would not work well.

Would the Tablo retain the channel info, guide data and scheduled recording data over a HDD replacement? I’d think not, but it might be real nice if it did.

That info is in the internal storage in the Tablo, not on the drive. Only the recordings themselves are on the HDD.

Since the OG models come with 2 USB ports I assume you have tried the drive plugged into the other port. And that you have plugged the drive into the USB on a PC to see what it sees.

What does your Tablo show under the Settings page?

Have you rebooted your Tablo?

My 4-tuner’s external WD elements 1T died due running it and Tablo in extreme NH attic cold+heat and recently extreme FL heat (outdoors on deck.) Tablo considers it ‘no storage’ but both my ubuntu 20.04 linux can read/copy-from most files from it using the usual unix-ish linux commands, presumably with a bunch of errors and/or retries.

So i’m transferring all/any of the 86000 readable files to new drive, to reattach to the 4-tuner. I’m on my 2nd attempt doing this. First did not work. :|.

My goal to recover the recordings is mostly hoarding-related, but I hope to be around the planet physically long enough to watch. Backup plan is to view the files from inside the internet, post-corporeally. The recordings include: commercial-skipped recordings of entire sanford-and-son series, as well as star-trek-discovery and most of that olympics bikini event where they slap a ball around to stay warm inbetween points awarded for the best real or pretend hugging and kissing.

If you get a new tablo, there’s a support article to move your drive to a new tablo.

if you’re exposing your tablo and drive to extreme outdoor conditions… plan on frequent replacements.

There are several topic and post detailing how to recover and copy or move your files/recordings if you don’t want to “reinvent the wheel” .

Hey, I read the initial few replies (thanks for those).

Things got a bit hectic, one of the more pressing issues was the AC, where the insurance says the AC can be repaired, but the parts (circuit boards) are back-ordered for January 2022.

Of course, the alternate is to have the unit replaced, but even then I don’t win, as that’s several thousands of $ out of my pocket.

Turns out one of out autos also suffered - that was fortunately repairable, but was a few thousand dollars as well, since once it’s an older model and once it went in, we felt we should replace all the other wrong things as well (timing belt and CV boots on the front axle)

I did simply order a replacement drive, but I wasn’t too careful. The original models that are listed as working was in short supply or very expensive, so I went with this: 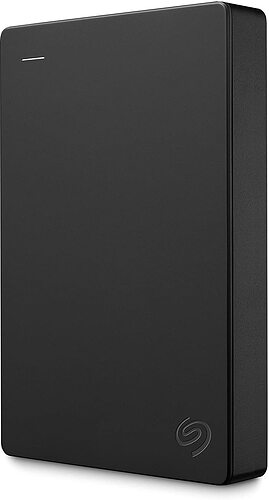 Capacity:4TB  |  Style:Portable HDD  |  Color:Black Easily store and access 4TB of content on the go with the Seagate Portable Drive, a great laptop hard drive. Designed to work with Windows or...

Not a perfect replacement, it’s a 2.5: drive and it draws power form the USB port, both things I’d have preferred not to do.

I spend some time deleting Tablo’s memory of all the now missing recordings, but fortunately the schedule remained, so all was more or less ok (

Moving on to other, more pressing stuff, See y’all later. .

but the parts (circuit boards) are back-ordered for January 2022.

Of course, the alternate is to have the unit replaced

The “chip shortage”. Like many things, if you need an appliance - take what they have in stock now. Virtually everything is on order if not back-order. Then there’s the transportation delays even if they have parts or the unit you want.