I guess what I was trying to ask is how many OTA channels there are in England.

I guess what I was trying to ask is how many OTA channels there are in England.

But in the UK you have to pay a ‘TV license’ each year which is sort of like a tax. It’s used to fund the BBC.

Television licensing in the United Kingdom

Great, you have an antenna, how do you get the signal inside? lol

Great, you have an antenna, how do you get the signal inside? lol

Fun Fact: They sell flat coax cable attachments that make it easy to squeeze the cable through a window or door.

We cover that here: 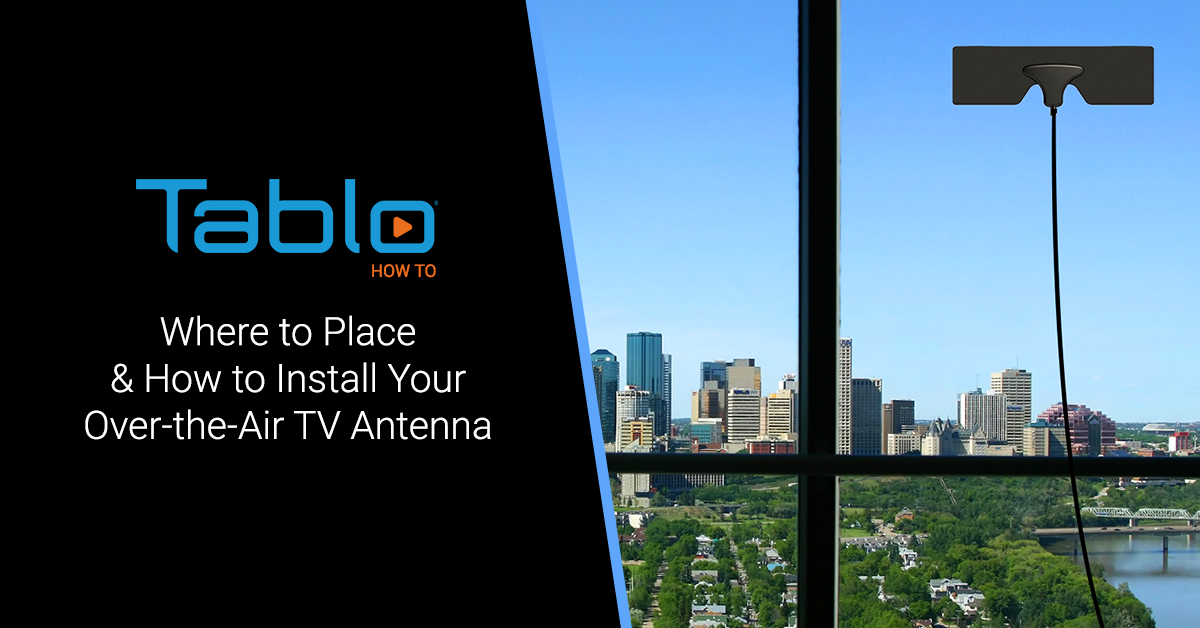 The quality of your Over-The-Air signal reception is highly dependent on where you place or install your TV antenna, so when searching for the OTA ‘sweet spot’ in your home, keep these considerations in mind.

Those Antop and other similar designs are the least “offensive” to look at, as seen by HOA entities, the fact they don’t look like conventional antennas helps a lot. I still don’t understand how an antenna on a rooftop could be seen in any way as unattractive or detrimental to a neighborhood.

They pay tax on those in Great Britain. It’s something of a hidden tax, under the guise of a “media fulfillment” license or something like that. They’ll probably be doing that in California sooner or later.

That’s the mistake I made. I really do dread having to go back up there if a problem arises. I got carried away, knew nothing about antennas (or OTA for that matter) at the time I bought & hoisted it, so all I could think of was “the higher the better”.

I think it’s the snob factor. For the past 30 years it was the poor folk and rednecks who couldn’t afford cable that had these rusty antennas with a broken or missing rod (like a missing tooth) on top of their mobile homes…

Hadn’t thought of it that way, makes sense. It bothers me how many of these HOAs and Condo associations try to bluff owners into thinking they can’t, and how many of those homeowners just believe it, take it at face value and leave it at that.

It’s not only the HOA that is ignorantly aggressive. Most of these HOAs delegate their responsibilities to “property management” companies who think they earn their dollars by harrassing the actual property owners. I actually told one of their officers, “You better change the tone of voice in your letters because I’m the one who lives here and is the property owner - not you.” This property management firm acted as if the subdivision was their fiefdom.

Yes and what’s more, some of those Property Managers really know nothing about home ownership to begin with. Some of them live in Apartments twenty miles away, and you’re right, they can get a little heavy-handed in dealings with the actual homeowners. They’re even worse with renters.

I think it depends on the community. I was the treasurer for an HOA locally (don’t ask. they were in serious financial trouble, I stayed on for a year, helped get them somewhat back on track; but couldn’t deal with the crazies anymore, so quit. and moved), where the property management company didn’t interfere much. Nearly everything came directly from the board or the local office manager (which was an employee for the condo association, not the property management company)

From the board I was on, it was a bunch of power hungry old people. They didn’t only want to follow the by-laws to the spirit of them, but to the letter. “Your bicycle needs to be perpendicular to the railing on your balcony, it’s off by 45 degrees, that’s $10/day fine.” or “You can’t have a video door bell, our bylaws which were written 40 years ago don’t mention video doorbells as an approved door bell” umn… yeah…

They spend HOURS on stupid little things, like a loud neighbor, or the trash being left on the curb. The fact that the condo was short hundreds of thousands of dollars a YEAR and was draining the reserves? Meh, not something they can easily fix, so they glanced over it.