Celebrating my fourth anniversary of cutting the cord & tablo! 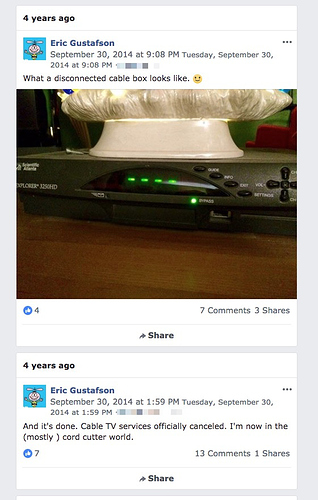 You were (by my standards) far ahead of your time. I’m in my third month. Had been paying over $240 per month for cable for the past ten or fifteen years … on autopay, I never paid much attention to it, and ironically, never watched much TV (still don’t). I’d been paying $16 per month to Tivo, also rarely used.

It was my Tablo purchase (which was mostly accidental) that made me begin to research all of this. Within four or five days, I had quit cable, bought & installed an antenna on the roof, turned in all my boxes and quit Tivo (that was difficult by the way, they made it hard).

Hat’s off to you, for having the presence and forethought to have seen all of this, so long ago.

Cut the cord over 4 years ago. Use a indoor Waltenna, Roku, had a Tivo now replaced with a Tablo, and subscribe to Philo. and Pluto which is free. Have all the TV I need. Saved thousands.

Happy anniversary guys! Thanks for your ongoing support!

Have you seen the new Menu / Guide / Interface on Philo? Came out this morning. If you’ve not seen it yet, you can force an update by going into System / Settings / Update on your Roku. 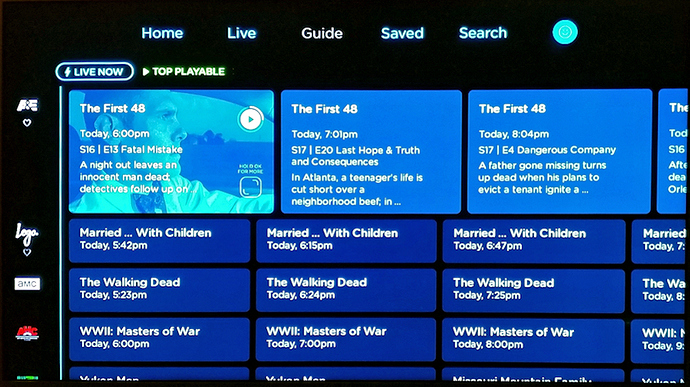 It looks great, and you can still toggle back to the large colored Tiles on the “Live” screen if you prefer that guide look. Still the best 16 bucks (for 40 channels) in America.