For the past week or so, I’ve been getting blank or generic show images in the recording screen. It’s not just a Roku issue. I see the same thing in the web app (below) 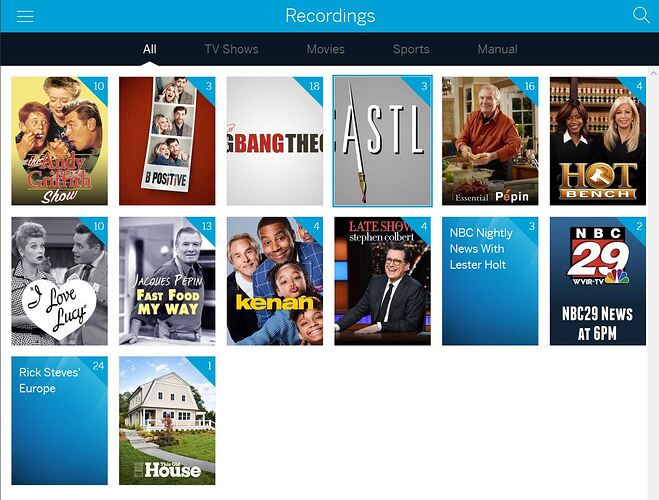 Is this a new “feature”?

Read the first post about the guide image data change.

2.2.34 came out after .32 as a quick fix for the DST issue. See link below. So you shouldn’t have issues with the guide image data. I would open a support ticket so they can look into your Tablo directly, it is likely those specific shows just do not have images.

I have 2 tablo’s, both on the same firmware. At one point one would have an image for a particular show while the other had none, for several days or more. (I had noticed it since it was in the “Premiering” filter)

Seems sometimes, there’s an explainable time lapse for things to catch up… like for formatting noted in the .32 graphic change - as seen in the Big Bang Theory in the above screen capture.

That was back in February. Misprint?.. later this year, it’ll be straightened out?

It’s apparently some crossed wires between the new cover/thumbnail format being delivered by Gracenote and the new firmware – the data actually being delivered isn’t quite the same as the test data that Tablo had been given. A fix is said to be in the works.

See here: Artwork is off center or cut off, title omitted - #14 by TabloTV