So Tablo, How close is the ATV4 app? I’ve been using the Plex app that works OK but occasionally freaks out. I’m thinking about dumping Roku for my upstairs TV but can’t do it until Tablo is all in.

It’s coming along nicely but we’ve still got some more coding to do.

It’s still VERY MUCH winter here at Tablo HQ and our ETA is still spring. I know it’s hard to wait because we think (and obviously you agree) that it will be a game-changer.

Our forecast here in Ohio is 65 degrees next week… and spring is technically March 20. So I’m hanging on… should be soon. Can’t wait to try it out.

It’s in the 80s here in Southwest Florida. I think we skipped spring…

Don’t be surprised if June 3rd come around (3 months from now) and we are still waiting.

We are so high maintenance! @TabloTV should add a week for every time we ask for this before Spring has begun. I’m eagerly awaiting, but Amazon Prime and SlingTV don’t have an AppleTV app yet. Let’s be patient.

We are so high maintenance! @TabloTV should add a week for every time we ask for this before Spring has begun.

Was just joking this morning that there would be a riot if this happened with the Tablo app: http://www.macrumors.com/2016/03/02/sling-tv-coming-to-apple-tv-app-store/

Well while we are waiting for Spring I have been using the Tablo Plex Channel on my Apple TV 4 has already a game changer for me.
You are no longer tied to your iOS device and then having to rely on AirPlay with its inherent limitations. The native Tablo Apple TV app will definitely be one more compelling reason to become a Tablo user.

Keep up the great work.
Simeon

There wouldn’t be a riot if you abandoned the app. It would just encourage third party developers like me to go build one ourselves and sell it on the app store, as there’s a clear market need for it. Some enterprising guy released his own Plex ATV app before Plex got their own out, and made a pretty penny before Plex’s free one was released.

The race is on. The HDHomeRun w/Channels app looks really good, but they are missing the DVR functionality (still in beta). And it appears that they will be charging a subscription for DVR functionality. I don’t know if they also charge for guide info.

How is the race on? It isn’t even scheduled. There is no native Apple / iOS support coming from the HDHomeRun DVR camp. Check out the link below and their Kickstarter campaign. No native Roku channel either. While they may develop said apps in the future, their intention is to leave out iOS and Roku.

This thread is specifically about the AppleTV status, and not Roku. Everything I said is 100% accurate (with #1 below being opinion)…

As for it not being scheduled. Technically they are late. They initially expected to have the DVR functionality available in Fall 2015. Tablo is indicating Spring.

Clearly this is 2 competing options with expectations of being available soon. Sort of like “a race being on”.

And yes, I realize Channels is not being written by Silicon Dust.

PS - I am, and expect to continue to be, a Tablo user.

Did we already has this out? Need need to go through this again…

I hope they do well though, the more competition, the better the Tablo is going to get.

My point is that Channels app for the ATV is not developed nor supported by the the developers of the HDHomeRun DVR software.

what difference does it make? For people who want live TV via apple TV without airplay are interested in it and catch their attention. A solution is a solution. If it works for people, let them be excited about it.

Oh I agree, I just meant with regards to DVR / PVR function, not just Live TV.

I think we are all on the same page…we are excited for the Tablo/ATV app. I was simply pointing out, as I am sure there are some that are unaware, that HDHR/Channels exists and we’re likely to see both Tablo and their option available soon. I am not comparing the software, who wrote it, capabilities, system requirements, etc. Just general availabiliy.

I think I’m about as excited as everyone here for a designated Apple TV app for Tablo. So, I’ve done the math so you won’t have to.

So, taking that logic, if the first day of winter is when @TabloTV mentioned it’s very much winter, then the last day of spring for them will be 180 days from then, or…

Now I gotta buy one of those Christmas calendars and start crossing off days. 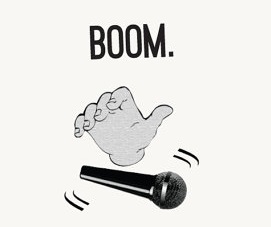