Anyone looking at the NVIDIA Shield set top box yet?

The NVIDIA Shield looks to be the ultimate Android TV device, though it remains to be seen whether it is significantly better than the Nexus as a streamer. The two big advantages are that it will stream 4K video from YouTube, Netflix, and Amazon and that you can play a wide range of games on it.

It sounds like you can plug an HD Homerun TV tuner in it and use it as an OTA DVR as well. It will be interesting to see how it competes against the Tablo as well as game consoles.

The $199 device just went on sale and the $299 device will come out in June. I am curious if anyone has ordered one and had it set up for the Tablo yet.

I have been seriously looking at this set top box but the reviews I have read said it will require the HDHomeRun DVR on Kickstarter to act as A OTA DVR not a normal HDHomeRun. That means OTA DVR capability is not available until that hits the shelves.

We’ve got one in the office for testing. It’s really quick! Still trying to figure out how to get the onscreen keyboard working with the gamepad but everything else seems to work well.

One of our users (@altashcheth) has it set up already but he’s not usually on the forum.

I have also been keeping an eye on Mohu Channels. No DVD capability YET, and not many apps but the Live TV Channel and App integration in guide and the integrated web browser with the ability to save webpages as a channel in the guide are intriguing. 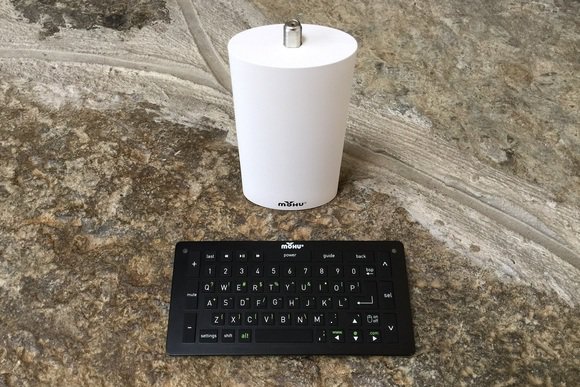 Combining broadcast and streaming video in one device is a clever idea, but Mohu's execution is too sloppy to recommend.

That is why I said I was only keeping an eye on it. I read a less informative an no more complimentary review a month ago. Thanks for linking this one.

I am tempted, since I have a graphics card that works with it, and I could play my PC games on my big TV. The main weaknesses are no WatchESPN and no Amazon. A user can can still use it as a Chromecast to stream those, but I prefer not to go that route.

Set top boxes are so frustrating. So far, nothing beats the Roku when it comes to apps. But the Roku just isn’t as powerful as the FireTv, Nexus, or Shield.

Here’s hoping for a more powerful Roku 4. I doubt it will be anything close to the shield though. That thing is a beast.