Any of these Powerline Adapters a good deal?

are any of these a good deal…any one better than the other (all TP Link but different speeds). I’m pretty sure my setup would require a hop of a breaker.

I use an older version of the Starter pack that’s on sale today. They work great for tablo, and I also have a breaker hop, they still provide plenty of bandwidth for 1080p tablo.

I decided to use an old router as a repeater if I can’t hard wire it as an access point first. I like the idea of a multi-use device for roughly the same price.

I tried that originally as well, using an old Airport Extreme, but the results were not great. Repeating wireless signals often results in lower overall speeds (the access points have to use some bandwidth to talk to devices, AND some to talk to each other, in some cases halving your total network speed). Not to mention the fact that wireless is pretty flaky as it is (at least compared to wired, and depending where you live). The best solution for me was putting one of the TP Link powerline adapters in every room of the house, and having only our iPhones and iPads on wireless. Fewer wireless devices means less chatter and more bandwidth for them. This sped up not only our Tablo and Rokus (enormously), but also improved signal for our idevices.

But, like I said, this was the best solution to me (until we buy our next house and I wire the whole thing with Cat 6!), but we also have a LOT of networked devices in the house. You may have good luck with an old router as a repeater, worth a shot if you have it around and it costs nothing!

Yeah I know that the repeater may cut speeds in half, but I’m planning on wiring it to my primary router which is directly upstairs from where I plan to put the router, which then is only a few feet from the roku. I only have a signal issue with the roku actually. The xbox, apple tv, computers all in the same area have no issues. I just assume the roku has a weaker antenna than the other devices.

Worst case I have a newer router and some power line equipment!

I have this one TL-WPA4220KIT. Works great with my Nexus player in the basement. Used to work great with my Roku Stick. Must have been some Roku update that screwed it up because the Stick is almost unuseable now. 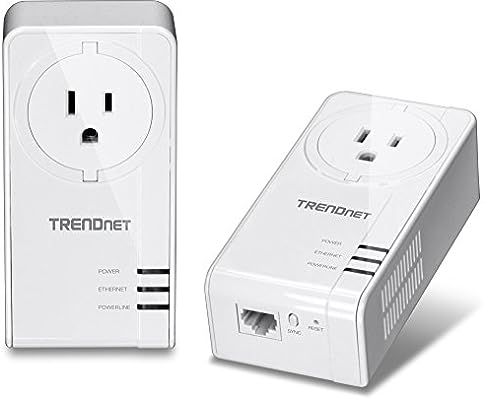 Also, Smallnetbuilder has great write-ups on these powerline adapters. They test them all and rank them on a list of different factors.

My entire home network is now set up on TP-Link powerline adapters. I have 5 rooms set up. My office is the main hub with my Tablo, 5 computers (including dedicated media server) and network router. All of it is TP-Link. In each room (living room, master bed, guest bed and garage) I have a SONY receiver, Roku, and Apple TV. The living room and master are both on TP-Link powerline adapters and connect both the Roku and Apple TV directly to the network via ethernet because the Wi-Fi was spotty and constantly dropping or buffering. With the powerline adapters installed, I have had no problems whatsoever and they were truly plug and play. They instantly found my network and the Roku and Apple TVs worked flawlessly. They were a game-changer!!! I stream music throughout my house all day in all rooms (I work from home), so wherever I go, the music (or podcast) follows me without interruption. Awesome setup and with the Tablo and Tablo Ripper (see forums for this amazing backup software) I have a media center that is always available to watch or listen to pretty much anything I could want in an instant. =) Love technology!