I was in Home Depot for an unrelated errand today and came across this antenna: https://www.homedepot.com/p/RCA-Mini-Yagi-Antenna-ANT752Z/303087500.

I know y’all are all about the Antop, but I am on a bit of a budget, and I’m concerned about cable runs. I haven’t written the Antop off, by any means. Just exploring options.

I was in Home Depot for an unrelated errand today and came across this antenna: https://www.homedepot.com/p/RCA-Mini-Yagi-Antenna-ANT752Z/303087500.

At least the have a real photo of the antenna installed.

I think the Yagi is very directional. If your antennas are spread over a somewhat wider area you will need a multi-directional antenna like the Antop.

I have the Antop connected to my Tablo. But I have my old Winegard FlatWave Air FL6550A Amplified Digital Outdoor HDTV Antenna sitting on a bookcase in my office and hooked directly to a TV. Surprisingly it gets excellent reception and receives almost all the channels I get on the Antop even though it is facing a wall.

Here is info on the Winegard site: Winegard Flatwave Air 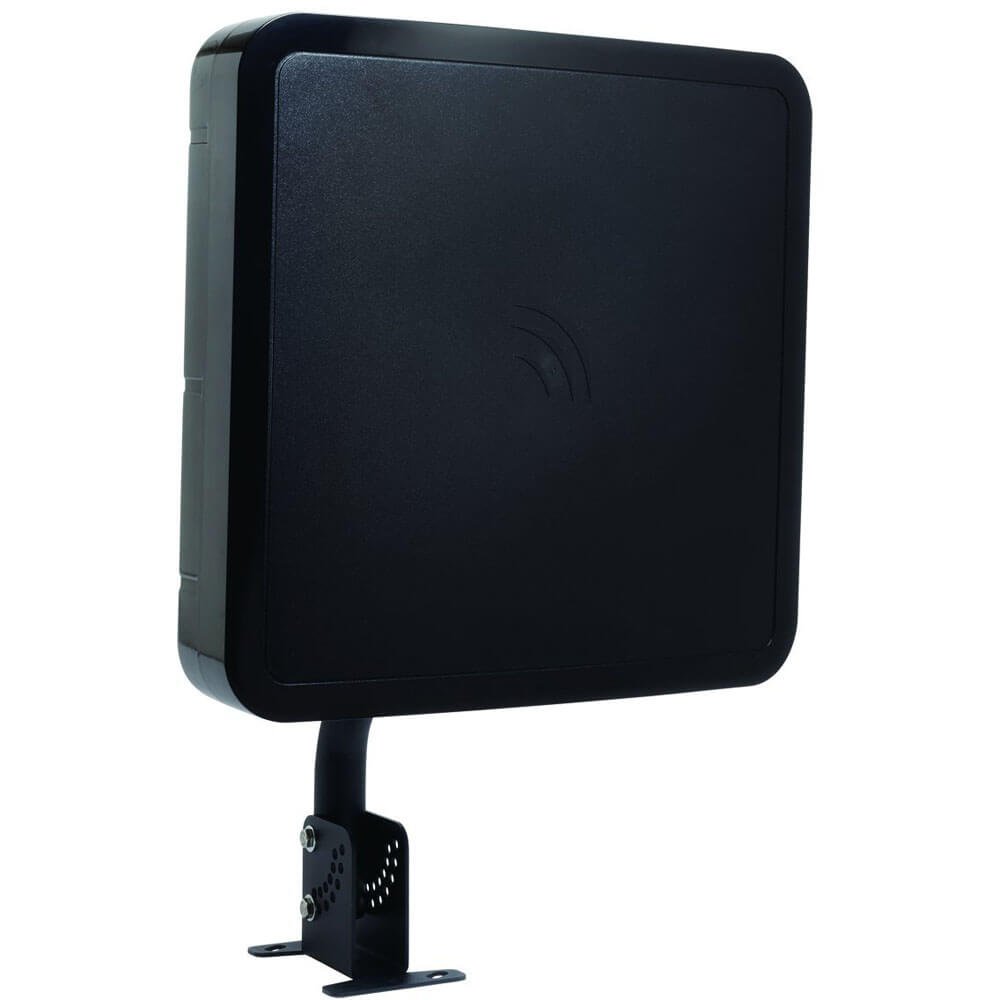 Talking about internal flat panel antennas, Antennaman had a good review of the Mohu Supreme Pro ($80). He was pleasantly surprised how strong it was in his apartment. It has the shape required for VHF which is @Michael_Allbritton’s problem.

I may have solved my problem with my present antenna.

This morning, just being curious, I mounted the antenna to the window frame of my laundry room which is at the other end of my apartment and faces North. I ran a coaxial cable to my Tablo, did a channel scan and all of the Big 5 popped up in the list, including the ABC and Fox affiliates.

It looks like I did need to give it a more unobstructed view of the towers 35ish miles away. Now I just need to figure out the best way to run the coaxial cable around all the door jambs. (I think I’m gonna need more coax.)

I’ve run coax in an apartment under the wall baseboard which typically has space inside it (push the coax under and inside it).

VHF suffers more from noise than UHF. It’s possible that your first placement of the antenna (distant from the direction of the signal’s entrance into the house) had some appliances in the apartment along the way to the antenna that could have generated noise for the signal coming in and the antenna at the other end. That could have disrupted the two VHF stations by weakening the SNR of the signal through noise.

Test your current antenna placement in the laundry room by running washer or dryer and see if that has an impact on reception.

Test your current antenna placement in the laundry room by running washer or dryer and see if that has an impact on reception.

I’m watching a college football game on Fox with the washer going right now and it appears to not be affecting the reception.

On another note, I’ve been pleased to see that the Wi Fi connection between the Tablo and my Apple TV has been rock solid and stable.

Just out of curiosity, where are the Tablo and router placed in relation to the laundry room?

They are in my “office.” I used a 50’ coax cable from the antenna to the Tablo. The Tablo and Wi Fi router are both sitting on an end table with the Tablo connected to the router via ethernet.

Hm. Not everything is perfect, sadly. Now CBS is pixelated. Not sure why. :-/

If you do buy more coax make sure to spend a few extra bucks and get Quad Shield. This is better at eliminating electrical noise. It is very easy to make you own cables so buy it in bulk.

Good review and testing of this antenna which you mentioned by Antennaman a day ago. Its results were comparable to the Clearstream 2 and Mohu Supreme Pro which he had previously tested (which is good). However the first two were tested inside while the RCA outside. The difficulty in such comparisons is that each antenna is better than the others at different channels due to their composition.

Most probably atmospheric issues. I thought I had things locked up with an indoor antenna at one point, and then the weather changed and ‘poof’ some were gone/pixelated. I will also mention that even having put up a small outdoor antenna, I fell into the same trap. I thought I had that locked in, however, the weather changed and I had one recording fail. I put a small amplifier in and that seems to have done the trick (I’m running the antenna about 40 feet of coax into a 2 way splitter).

I still think antenna reception is much akin to voodoo!

CBS has cleared up for me most of the time, so I’m also thinking it was something atmospheric. I’ve been given the go ahead by the property manager to install an outdoor antenna so will be trying that out a bit later.

I’d thought I’d drop back into this thread and give an update.

After struggling with varying low signal strength over the past few weeks I decided to bite the bullet and install an outdoor antenna. Since I am not much of a handy man I hired a local contractor who came over, installed a Winegard antenna on the roof (we used the existing coax from the roof to the Tablo), and now I get 160ish channels all at full power. No more pixelation on any of the channels.

What is the make and model of the Winegard antenna?

Yeah. I was getting 140ish channels with the Moho Leaf hanging in a window. I’m in LA and my LOS to the towers is straight and unobstructed. But I wasn’t consistently getting FOX and CBS, nor could I get any of the PBS stations.

I didn’t get the exact model of the antenna off the box but it looked a lot like this one: https://winegard.com/products/hdtv-digital-antennas/outdoor-antennas/platinum-hd-series/platinum-series-hd7694p.

How many of those 160 are sub-channels? I assume most of them? Just never heard of that many channels via OTA.

Oh, yeah… the majority of the channels are sub channels.I’m only really interested in what I call the Big 5: ABC, CBS, NBC, Fox and The CW. I’m also able to get 2 PBS channels now.