new cord cutter here. I used antenna web to find what stations are available in my area 49668. it lists stain at 8*, 58*, and 142*. I started with my spectrum rotating antenna pointed north and got 4 channels. if I rotate to 142, i have to rescan and then i loose the channels from 8. Am I doing something wrong, or is this by design? I am not permanently mounted yet, just testing equipment and wiring, i plan on a full 40’ above the ground where right now i am about half that.

You can’t use a rotator with the Tablo. You might need to use multiple antennas and a combiner.

He needs 40 mile range. Not happening with an omni. And the 25 mile Hi-VHF is just as bad.

Notice that last word? He needs 80 miles UHF and 50 miles VHF (diameter). The OP can certainly try this antenna, but I don’t think it’ll do it. Especially in hilly, wooded Michigan.

I really do not want to experiment. I am on a bit of a hill, but the most prominent hill in Michigan is just a few miles from me. I don’t want to make the tower any higher then Necessary but can get about 45’ agl if I need to using Rohan tower with some green house frame running full length down the center using hose clamps every 9 feet to tie it all together. Not that it matters. I have spun the spectrum antenna in all directions and still only getting 9.1-9.4 I think. I will not be able to get higher then the trees here, they are 60 feet tall

I have spun the spectrum antenna in all directions and still only getting 9.1-9.4 I think. I will not be able to get higher then the trees here, they are 60 feet tall

You’re only getting the 9.X channels? From which direction? You have some 9.X channels on RF 40 from the north, and some on RF 9 from the SE.

turning did not change anything i got 9-1 cbs, 9-2 fox, 9-3 mervin, and 9-4 callus regardless of which direction i pointed and rescanned. someone not far from me says they are using an omni and getting 15 channels. my sister lives in town 49601 and gets all the biggies fox abc nbc cbs and a bunch of news. need to pick an antenna before we raise this tower

N and SE got the same channels… right now i am just over the peak of the house. have not looked at a map to get the house elevation. I am the highest on Antioch drive it looks like

I am 1155 ft elevation here if that means anything to anyone. my friend using an omni is 1381, waiting to confirm if they are using a tower at all but even if i use all mine i will not get to 1200.

Sounds like you’re getting the SE transmitter on RF 9 only. What are you using for an antenna right now, exactly? It kinda sounds like there’s an RF block on the cable limiting you to VHF only.

i will try and hook direct to the tv and see what it does. I have a spectrum antenna i bought new a few years ago and never got around to using before now 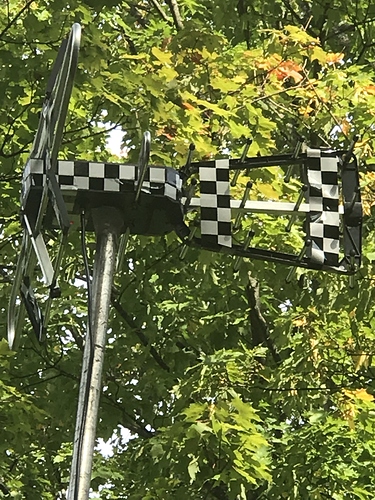 i used the existing cable from either direct tv or dish to hook up this test setup. it does not say rg6 but looks to have the same specs. to continue what is not in the pic it says CCS sweat to 3ghz 0106ft cm/catv/cl2 listed, also, the tv picks up the same 4 channels regardless if i pass through the spectrum power box or not 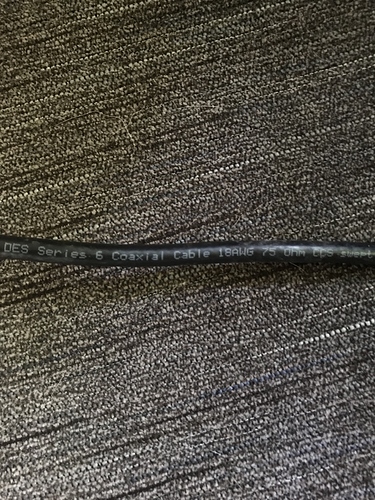 Got a model number on that antenna? Or a web link? I’ve never seen that one before, not sure what the specs are.

maybe if i took it down it might say. i bought two of them in 2016 all i can see on the rotator control is uhf vhf spectrum doesn’t really matter, just need to figure out what antenna or antennas to purchase to get the most channels i can. we would be happy with abc nbc cbs abs and fox

You’re getting two of them with the current antenna from RF 9 to the SE. You should be able to get the other two with a good UHF antenna pointed NE. Something like this should do it: 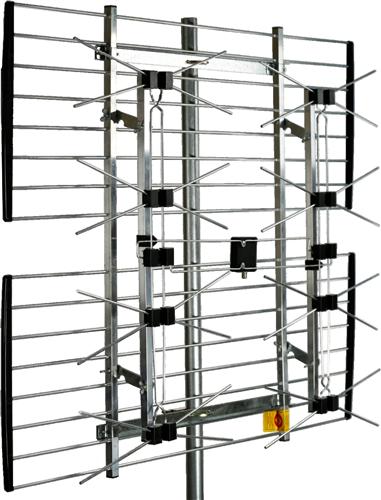 Channel Master EXTREMEtenna 80 8-Bay HDTV Antenna (4228HD) The Channel Master 4228HD EXTREMEtenna is a classic 8-bay bowtie antenna for free HD reception. This style of TV antenna is known for its relatively small size, and high mileage. It can...

Then a combiner, maybe this one: https://www.solidsignal.com/pview.asp?p=cc7870

In fact, I would just go to the solidsignal.com website and ask their tech support what they would recommend for your location. They’re based in Michigan. Support your local businesses!

If your sister has good internet, put your Tablo at her place and remote in! (Worked for me.)

theyrecomended a typical looking long wire antenna and said point it se they would not say how many channels they expected i could receive. So… I am going to amazon an omni and try it, it works for a near by neighbor so we will seee, if it don’t work return and try something else, now to narrow down which omni has best range. at least i can test it for future users maybe

@reddogracing I don’t recommend using multiple antennas unless they are identical. It’s also important to use the identical length and type of cable between the combiner and the antennas. If you don’t the frequencies can combine out of phase and decrease your reception. The antennas can be on the same mast but I recommend at least a few feet of vetical separation. When antennas are too close to each other it can change their effectiveness. Don’t stress too much about the distance apart however because it’s not a magical number. Just give them a little space.

Follow those recommendations and a dual antenna setup can work very well. I see lots of dual antenna setups in the Irish hills, and Tecumseh Michigan areas which I mention because it sounds like you may have similar terrain. I plan on doing a dual setup myself when I replace my tower.

I was specifically using one for VHF and one for UHF, with an appropriate combiner/filter. But I didn’t pick the right combiner for the link. He’s got a High-VHF station in one direction and a UHF 90 degrees away. I did this in San Jose way back when HD first started. Most stations were UHF up in Burlingame, but one was VHF in Loma Prieta (I think, it’s been 15 years).

For what it’s worth, I’m using 2 coupled indoor antennas which works great. One is a Leaf which I had to turn flat (horizontal to the floor) to pick up the PBS channel. So much for being a non-directional antenna. The other is a small philips rabbit ears antenna (which works much better than the more expensive leaf) which picks up all the other channels. I coupled them with a $2 splitter which I think is no different than a $20 coupler. The antennas are within 1 foot of each other and are placed in a window that is completely opposite direction to all the transmitters, which are all together and located about 10 miles away.